Mullen sticking with Jones at QB 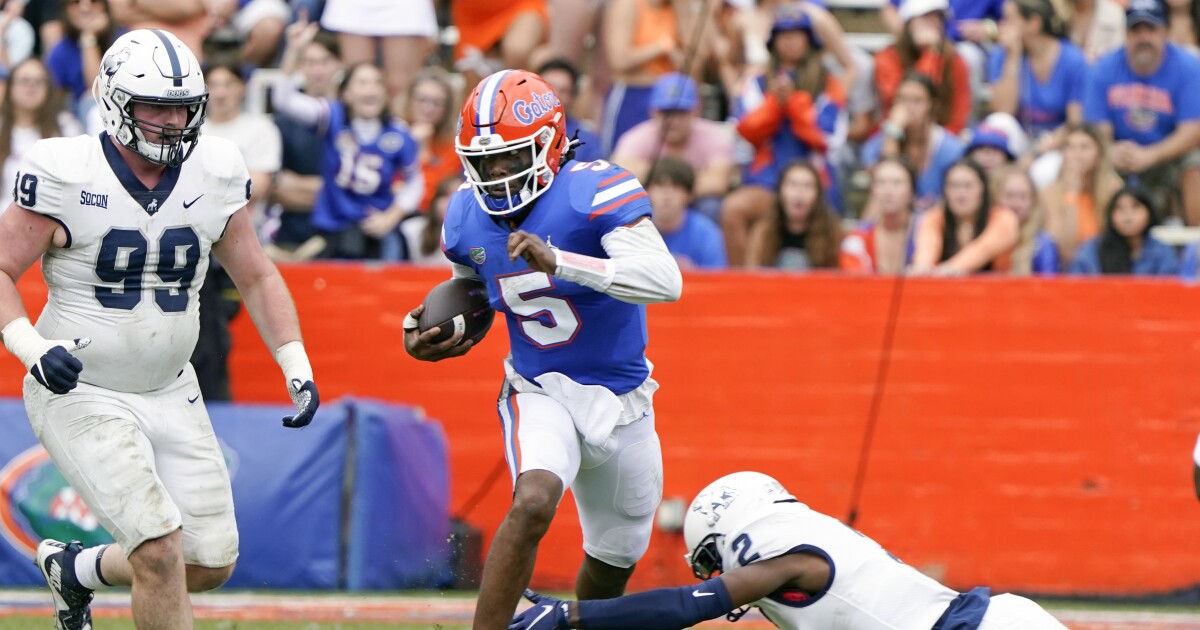 GAINESVILLE, Fla. — Florida coach Dan Mullen is sticking with quarterback Emory Jones for Saturday’s game at Missouri and probably the rest of the season.

Jones is coming off a record-setting performance in a 70-52 victory against lower-division Samford. He completed 28 of 34 passes for 464 yards and six touchdowns. He also ran for 86 yards and a score.

His 550 total yards broke Tim Tebow’s school record of 533 set in the 2010 Sugar Bowl against Cincinnati.

“It was fantastic,” Mullen said Monday. “It was so huge for Emory to just sit up there and just consistently perform time after time after time. To go and set the top performance for a quarterback in the history of Florida football, that is a pretty special deal, right? There’s a lot of great players and a lot of football played around here. When you sit atop the record book as a quarterback here at Florida, that’s a special deal.”