Mr. T Says He Got the Vaccine Booster Shot, Still Playing It Safe 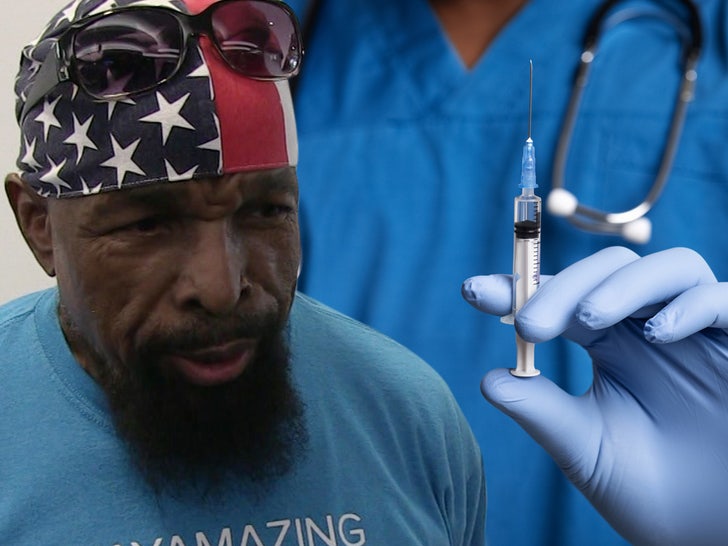 Mr. T seems to be going from the A-Team to the B-Team in this pandemic — and “B” is for booster shot … something the man says he’s now happily been injected with.

The actor announced Saturday that he’d been inoculated anew with a new round of the vaccine — taking to Twitter to write … “I am Blessed and I am Thankful. I just got my Booster Vaccination shot. My arm is a little sore but no pain. I Pity Pain! Thanks again to all the Doctors and Nurses…”

I am Blessed and I am Thankful. I just got my Booster Vaccination shot. My arm is a little sore but no pain. I Pity Pain! Thanks again to all the Doctors and Nurses…

He adds, “Even though I am fully vaccinated, I will still wear my mask and keep my distance, thank you. #SaturdayThoughts.”

Now, there are two very different reactions to Mr. T coming out as pro-vaxx — a good handful of folks are praising him, of course, and calling him a true inspiration and hero … like he portrayed on screen for so many years (minus that one time from “Rocky III”).

I’d rather get my vaccine advice from Mr. T than Fox News. “I pity the fool” who thinks otherwise. https://t.co/gaFxwUIoAQ

Even guys like Dan Rather are singing T’s praises for putting out a good message.

Then again … there are others responding far differently — suggesting Mr. T is acting as a proxy for the U.S. government to push the vaccine, aka propaganda … a term we’ve been seeing a lot lately from folks on the right, including politicians like Ted Cruz.

You’ll remember … Senator Cruz slammed Big Bird, of all puppets, after the Sesame Street denizen announced he, too, had been vaccinated — which ticked off Cruz to no end.

Doesn’t seem too many high-profile people have stepped to Mr. T like that just yet — and probably for good reason … he’s more likely to bark back than BB is. Just saying!

‘Spider-Man’ comes back swinging, takes No. 1 from ‘Scream’