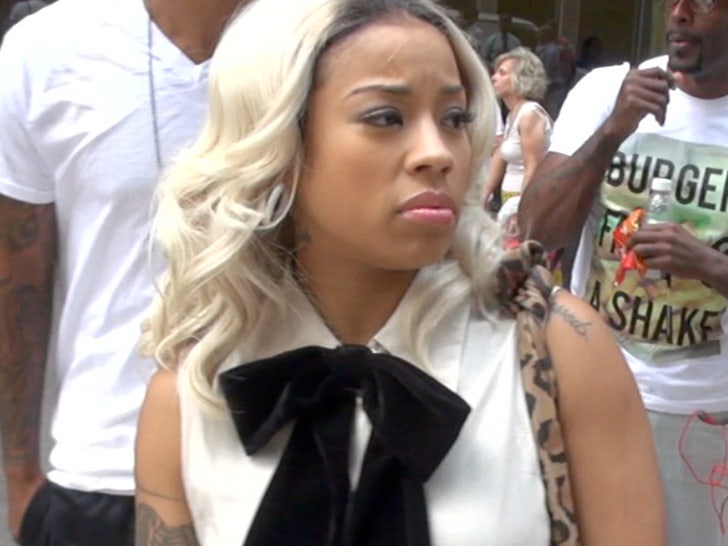 Keyshia Cole has lost another family member this year — her adoptive father just passed away due to COVID-19 … only months after her mom died.

The singer shared the news Monday, saying Leon Cole — the only father she’s ever known — lost his battle with the virus. Her tribute to him is touching, as she highlighted his devotion to her throughout her childhood … even though she wasn’t his blood-born daughter.

Keyshia writes, “He made sure (Even tho he wasn’t my biological father) to keep a stable foundation and roof over all of our heads during our upbringing!!!!” KC went on to shout out the fact Leon worked hard to provide for his family — while imparting valuable lessons on religion, values, relationships (with women, specifically) and duty.

She adds, “Seriously the most loving guy I’ve ever known. And he’s gonna be missed so much! I hate that this has happened !!! And that I’ve now lost two beautiful souls within a few months from each other.”

The death of her father comes a few short months after her biological mother, Frankie, died from a drug overdose this past summer. She’d reconciled with her mom in recent years — much of which was documented on TV.

As Keyshia alludes to here … her parents gave her up for adoption at a young age, and the Coles took her in and raised her in Oakland, CA … and got her into music as well.

The baker refuses to serve a girl who wants to buy a cake for her mother, but suddenly… – BlogNews