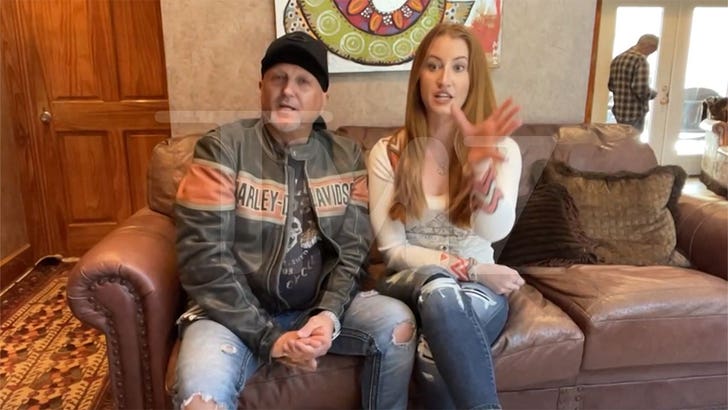 Joe Exotic is getting a helping hand from somebody he once considered a mortal enemy … and that would be Jeff Lowe, who says he’s back on Team JE.

Jeff and his wife, Lauren, came on ‘TMZ Live’ Monday ahead of the premiere of ‘Tiger King 2’ — which comes out Wednesday on Netflix — and they told us a lot has changed.

For starters, Jeff says the GW Exotic Animal Park they operated out of Oklahoma will, indeed, be moved to a new location — but he claims he’s in the process of getting all his animals back from the feds.

You’ll recall the government raided the park, confiscated the animals and evicted the Lowes, based on allegations of mistreatment and not having the proper paperwork.

Jeff claims the whole federal investigation was based on BS peddled by none other than Carole Baskin — and as a result, he insists the feds are about to drop all charges against him.

The next step … firing off their own lawsuits! Jeff and Lauren told us they’re going after Carole, PETA and others he considers responsible for prompting the federal raid. What’s even crazier is that he’s recruiting Joe’s attorneys to help him.

Watch what he says about how they’ve apparently patched things up since last time — even though Jeff technically helped land Joe in prison, he now says some of those same convos he had with investigators years ago, might help JE’s case to get sprung from prison.