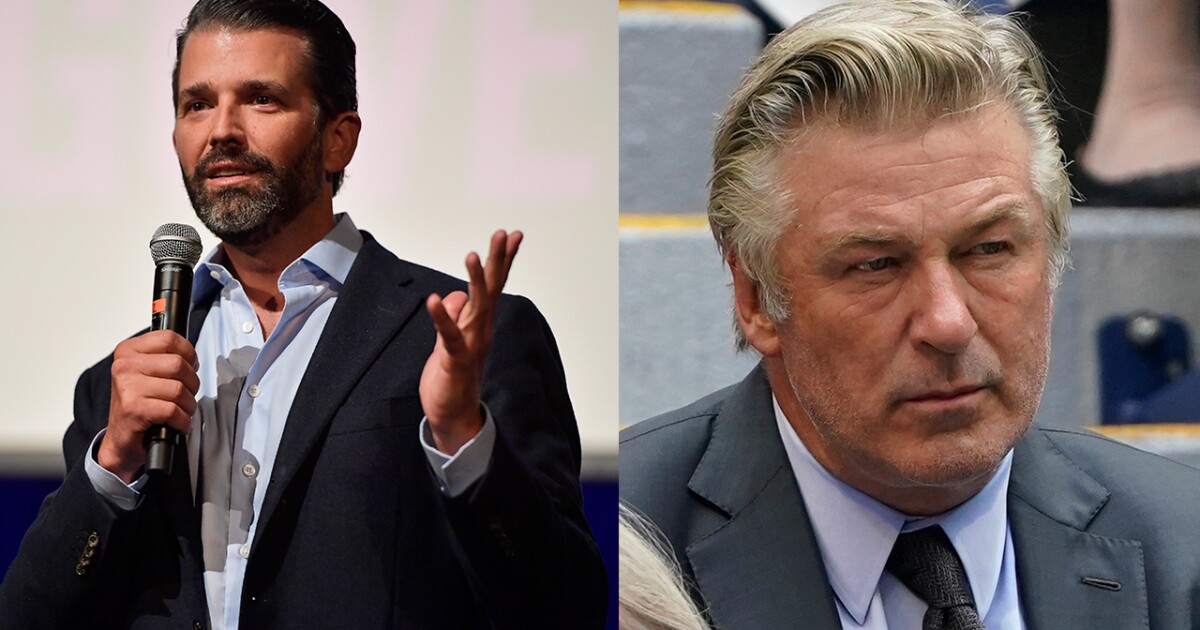 Trump Jr. is selling the shirts for $27.99. They come in four different colors and three different styles.

Baldwin fatally wounded Halyna Hutchins, 42, and injured director Joel Souza when he pulled the trigger of a gun while rehearsing on the New Mexico set of “Rust.”

The 63-year-actor, who routinely portrayed the former president on “Saturday Night Live,” has been an outspoken critic of Trump and opponent of the National Rifle Association.

Baldwin said Friday that his “heart is broken” for Hutchins’ family.

Production of the movie has been suspended while the investigation into the shooting continues.