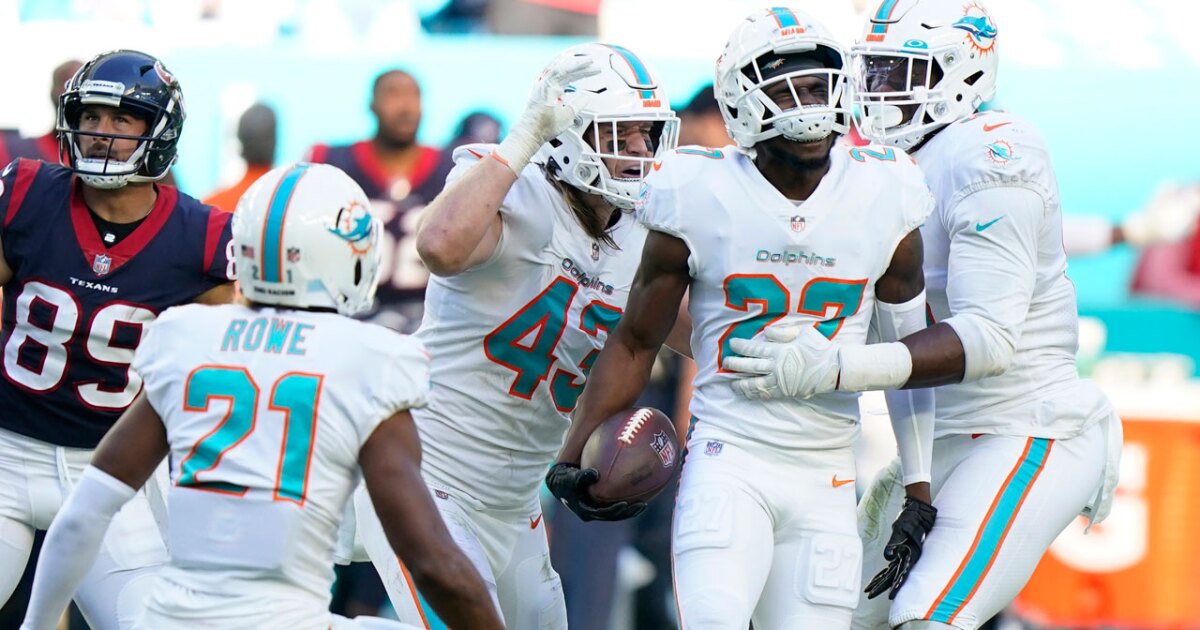 MIAMI GARDENS, Fla. — In the NFL’s most turnover-filled game in more than five seasons, the Miami Dolphins got 244 yards passing and a touchdown throw from surprise starter Jacoby Brissett on the way to beating the Houston Texans 17-9 on Sunday.

The game between two teams that entered with 1-7 records and both on seven-game losing streaks lived up — or down — to its billing.

The Dolphins and Texans combined for nine turnovers. Miami had five, Houston four, and somehow the Dolphins won anyway.

It was Miami’s first win while committing at least five turnovers since Oct. 18, 1990. The Dolphins had been 0-21 in such games since.