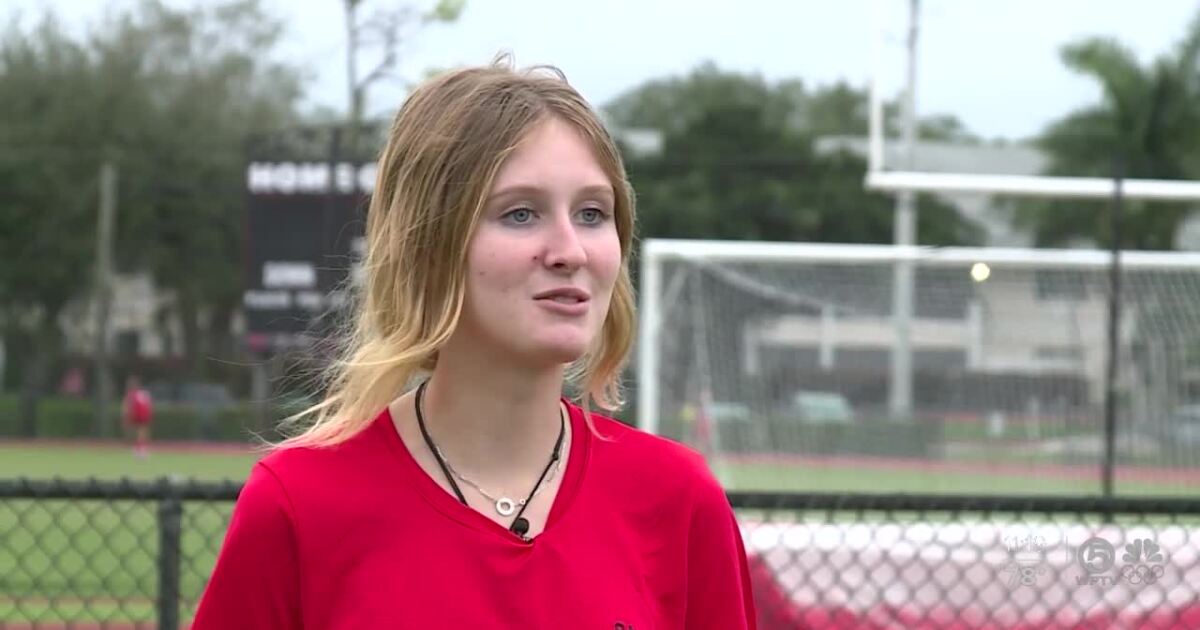 WEST PALM BEACH, Fla. — There’s a buzz around the St. Andrews football team. The Scots have made the playoffs for the second time in 47 years. Yet, there’s a player on the team making her own history.

Bowman’s journey to football is not like most. Attending a school that requires a sports credit, Cailean heard a couple of her guy friends joking around suggesting she try out for football.

When Cailean brought up the idea, her mom admittedly hated it.

“I said no way, no way, you’re going to get killed by high school boys,” Theresa Bowman said.

But through a bit of persistence, she eventually won her over.

As for Coach Robertson.

“I welcomed her with open arms,” he said.

He did, but, he told Caileen he wasn’t going to treat her any different.

Cailean is a placeholder on-field foal attempts and does “onside” kicks.

“She went out there opening kick-off of our homecoming game. And guess what? We recovered the onside kick and it’s the greatest thing ever,” Coach Robertson said.

Remember how she had to convince her mother to play? Now she’s her biggest fan.

“I love coming to see her play. I bring my camera with a little zoom lens,” her mom said.

Cailean said her teammates are like her brothers, a big family. And she’s sharing a message for any girl who sees her play.

The Scots play Cardinal Newman Friday night. Cailean will be ready when called to contribute.