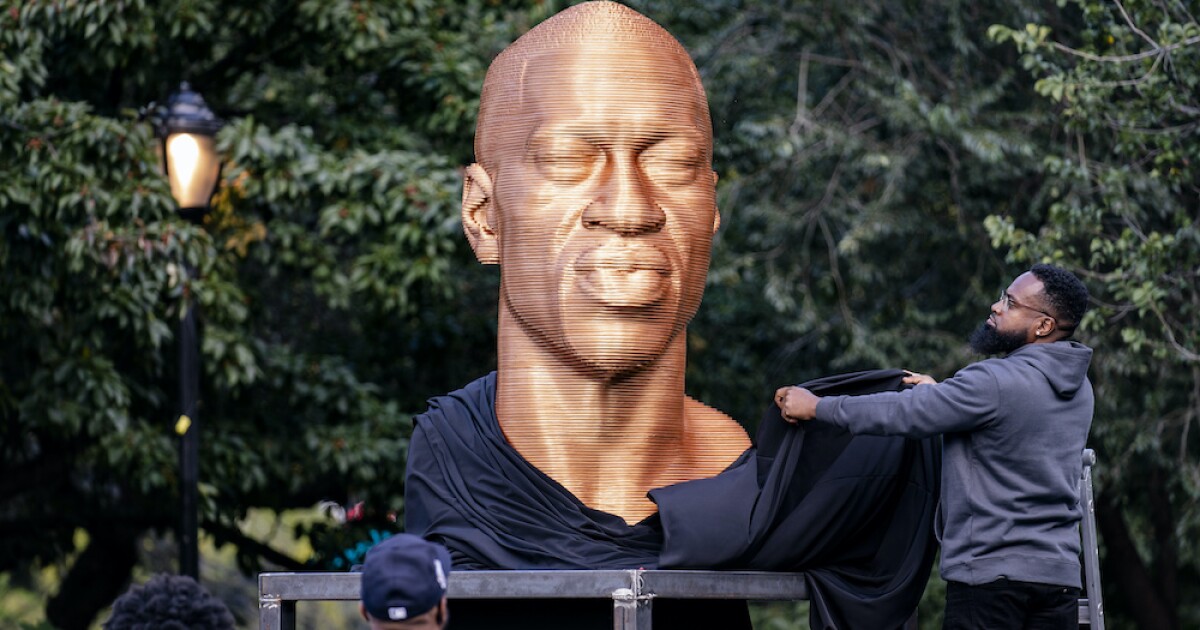 The NYPD’s hate crimes task force said Monday that it had arrested a 37-year-old man after he allegedly vandalized a statue of George Floyd in New York City’s Union Square Park.

The NYPD tweeted Monday that it had arrested 37-year-old Micah Beals of Manhattan and charged him with second-degree criminal mischief.

According to the NYPD, Beals was skateboarding at Union Square Park on the morning of Oct. 3. Surveillance video shows the skateboarder riding by and tossing gray paint on a large bust statue of George Floyd.

According to People and The Sacramento Bee, Beals is an actor that uses the stage name Micah Femia. The IMDb page for Femia lists “Micah Joel Beals” as his given name. His work includes minor roles in TV shows like “Parks and Recreation,” “CSI: NY” and the movie “Pop Star.”

According to NPR, the statue was one of three statues that had been unveiled at the park just days before the vandalism took place. The two other statues depict Breonna Taylor and the late Rep. John Lewis.

According to The New York Post, charging documents state that it could cost $20,000 to restore the statue.

Inside The Rock’s $100 Million Dollar Mansions