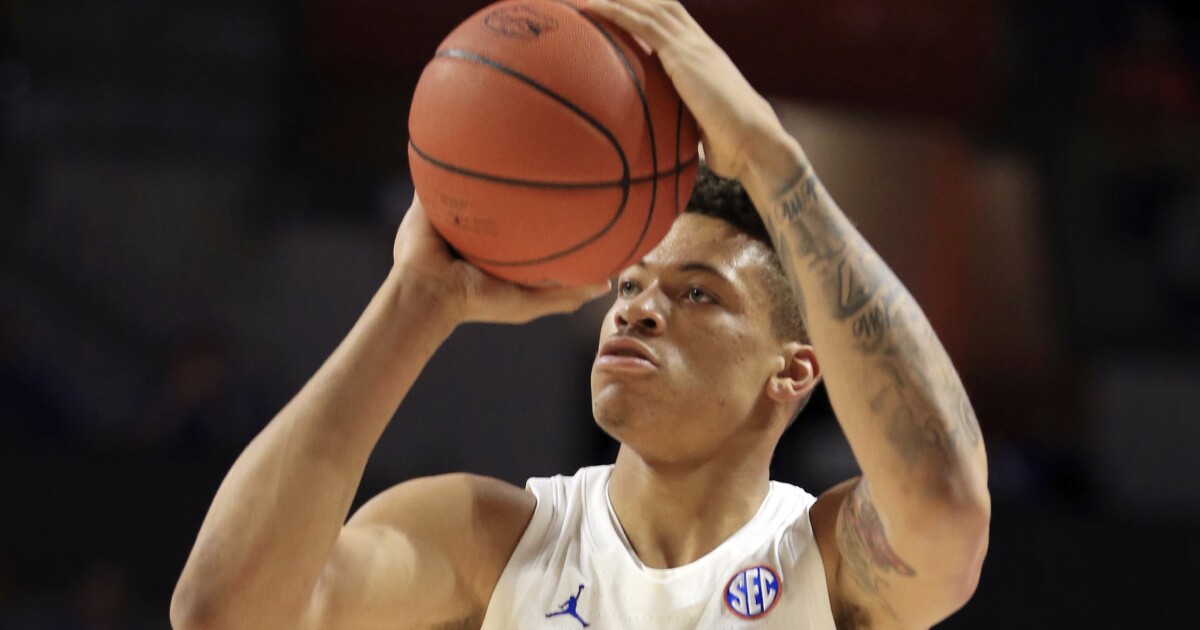 GAINESVILLE, Fla. — A University of Florida basketball player who collapsed during a game last December is deciding whether to try and get medically cleared to play professionally or cash in a $5 million insurance policy.

Two people with knowledge of Keyontae Johnson’s situation told The Associated Press that the senior forward’s policy went into effect in July 2020, five months before he crashed face-first onto the court at Florida State.

Both people spoke to the AP on condition of anonymity because of privacy concerns.

Johnson hasn’t practiced or played since, and according to one of the people, the Gators don’t anticipate him being medically cleared to return this season.